Click to resize the text + -
All State Agencies | All State Services |

Members of the Territorial Legislature established a series of county boundaries along the Platte River on January 26, 1856. At that time, Polk County was a part of a larger Butler County. Fourteen years later, in 1870, a special election resulted in the creation of the present day Polk County, which was named after the 11th president of the United States, James Knox Polk.

When the county was organized there was no county seat or courthouse. Each county official who had been elected in an August election conducted county business from his residence.

In October of 1871, county residents voted to make the settlement of Osceola the county seat. County commissioners approved the construction of a frame courthouse. However, fire destroyed this building in 1881 and many of the county’s documents were lost. The commissioners did advertise for bids for making indexes to deeds and mortgages to replace those destroyed by the fire and subsequently hired I.F. Kelly for seven cents per entry.

One year later, the courthouse was replaced with a more substantial brick building at the cost of $10,000.

By 1916 population and prosperity in the county were sufficient to foster interest in a more elaborate and up-to-date courthouse. Because of delays, construction on the new facility did not begin until 1921, and the following year the present courthouse was dedicated. The three-story building was an architectural landmark. Around a steel reinforced frame was built a modern renaissance exterior that featured terra cotta trim. The interior of the building had walls that were fire proof, steel doors to all record rooms and vaults and marble stairs and wainscoting. The new courthouse was considered to be the most up-to-date building of its time. 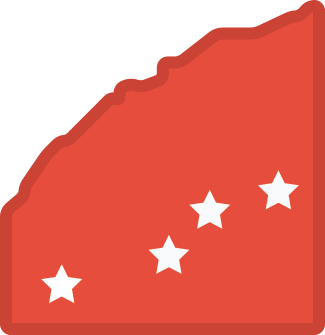